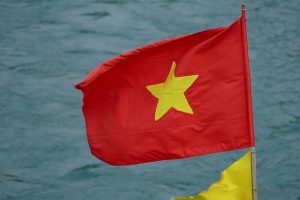 Meet the Dang family, Tim and Julia, and their four children Vincent, Chandler, Lien, and Vivian. Tim and Julia, were born in Vietnam and by God’s grace have been preserved from peril as they fled their country during the Vietnam War and came to the United States as refugees. It was in this country that God brought them together in marriage and called them to be saved in our Lord Jesus Christ.

Julia, was part of the refugee group known as the “boat people.” When she was twelve, her and her family escaped from Vietnam on a treacherous fishing boat. It felt as if tragedy was imminent in their attempt to reach freedom. As their boat approached the Chinese coastline from the South China Sea, part of her family perished in the midst of a typhoon. Twenty one years later, God put it in the couple’s hearts to be missionaries to their native country of Vietnam and its people. He called them to disciple its people through His love, mercy, and grace; their goal for their Vietnamese Christian brothers and sisters is that they will grow into
mature believers in Christ, well established in the faith and in the knowledge of God and His Word. Tim and Julia’s God given vision is to transform these people into leaders and church planters, reaching and evangelizing the unbelievers and continuing to disciple the new believers to spiritual maturity.